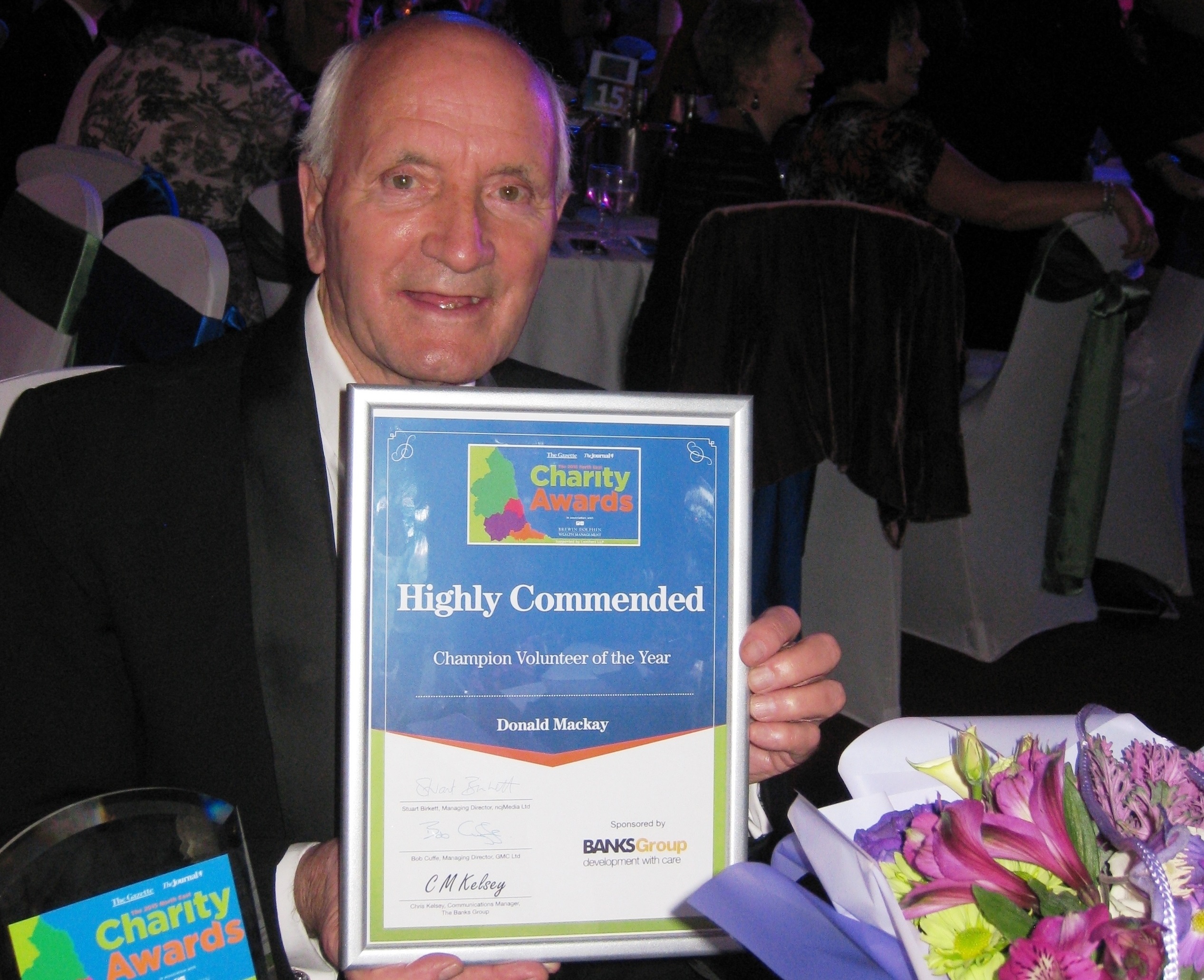 It’s with great sadness we learnt that Donald Mackay, a long standing and much loved Nepacs trustee, has passed away this weekend. Donald was described by those that met him as a 'true gentleman'.

Fellow trustee and former Nepacs chair, Jim Black said: "For many of us who have had a long association with Nepacs, Donald has been one of those people who has been at its heart both as a volunteer in the visitor centres and as a Trustee with a particular gift for fundraising.

"Donald joined the board as its appeals officer in 1995 after he had retired from Finchale Training College as their fundraiser. He was an instant success and over the years assiduously raised money for Nepacs, amounting to several hundred of thousands of pounds. He wrote to and raised awareness of our work with local organisations including many local churches, as well as regional and national funding organisations. When you read his letters, you knew they came from Donald and it was obvious from their responses, that various organisations warmed to his approaches and responded regularly and generously.

"In addition to his fundraising, Donald also was an active volunteer, latterly at Frankland prison, which illustrates his total commitment to Nepacs and a belief in our cause.

"Donald was a "character”, cantankerous at times, stubborn and defensive but a lovely man, loyal, up for a laugh,always wanting to be helpful and so committed to Nepacs and it’s cause. I am sure I speak for all who worked with him in recognising his enormous contribution to our success. We will miss him."