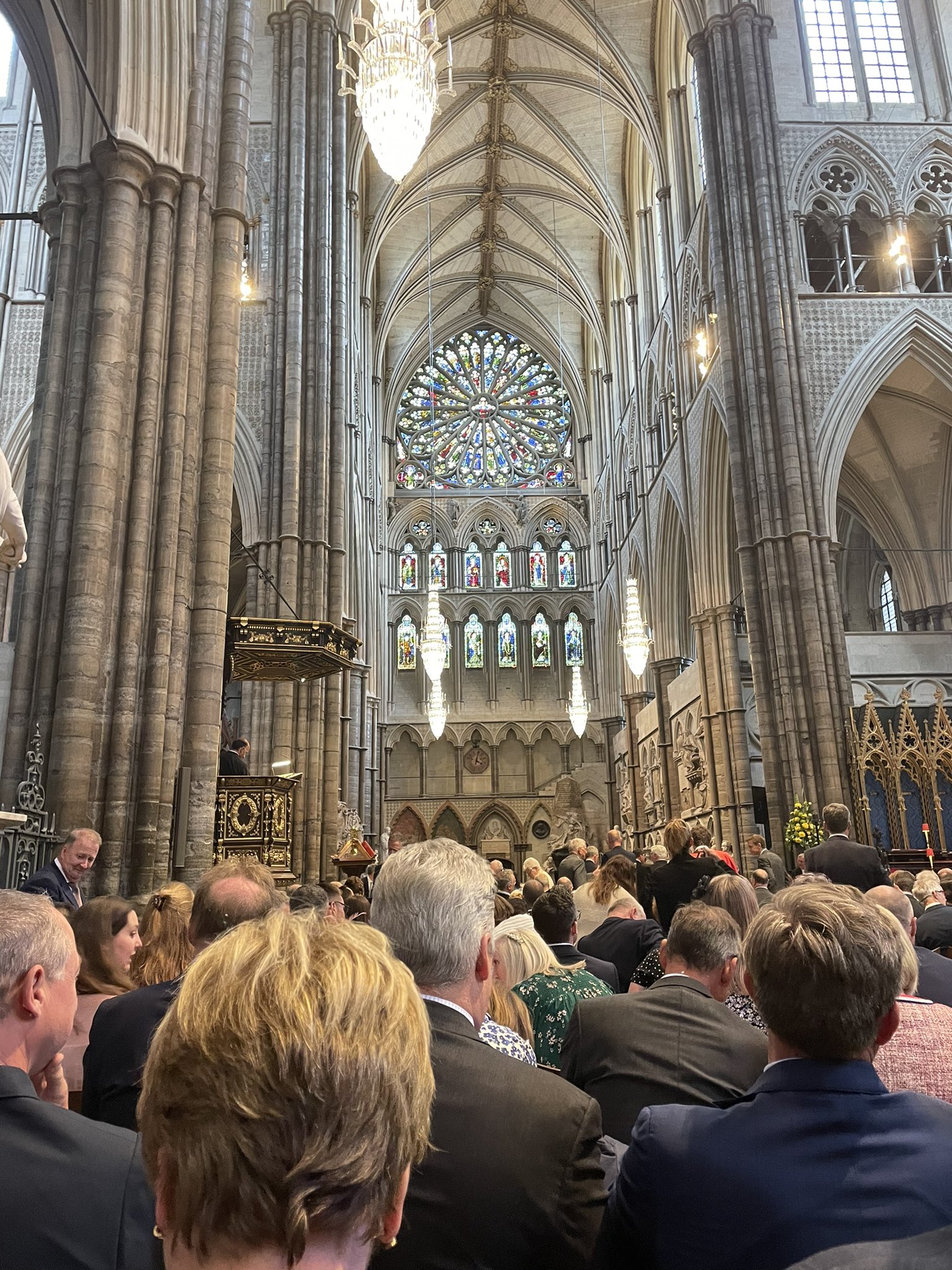 Nepacs joined hundreds of charities at a Service of Thanksgiving at Westminster Abbey on 8 June 2022 to celebrate the remarkable difference they make in their communities.

His Royal Highness The Prince of Wales was among the guests at the special service, which was held by the Benefact Group to celebrate its achievement of giving over £100million to good causes.

Nepacs was invited to attend the service as one of the 10,000 charities that has benefited from Benefact Group’s giving.

Nepacs was awarded £10,000 from Benefact Group Movement for Good.  The money is being used to give young people supported by Nepacs a ‘Voice’.  Children impacted by parental imprisonment really are the ‘hidden victims’ and often suffer emotionally and mentally, feeling stigmatised and judged through no fault of their own.  Digital Me is a project Nepacs are really proud of – allowing the young person to create an avatar of themselves and tell their story of what it is like having a parent in prison.  They can express themselves and also build support from peers in the same position.

His Royal Highness attended the service on behalf of The Prince’s Foundation. Benefact Group has supported the Foundation for a number of years.

Amanda Lacey, chief executive of Nepacs, said: “It was a huge privilege to be part of Thanksgiving joining like minded people and charities who have all benefited from the awards made by Benefact Group.  The Guest speakers really brought to life the fantastic work that can continue as a direct result of the support we have received. Westminster Abbey provided the perfect setting for such an amazing event!”

Benefact Group distributes donations through a range of programmes – employee giving, business giving and Group-led programmes such as its Movement for Good Awards – as well as giving all available profits to its charitable owner, the Benefact Trust.

This year’s Movement for Good Awards are open and will see £1million given to charities.

Nepacs is encouraging people to nominate them for a chance to win £1,000. It’s quick and easy to nominate Nepacs at www.movementforgood.com

Winners will be drawn at random and the more times Nepacs is nominated the more chance it has of being selected.

If successful, Nepacs will use the £1,000 to provide further support to the children and young people we work with; we would plan a series of trips and activities for those who have taken part in the Digital Me project to spend time with their new peers and friends.

Mark Hews, Group Chief Executive of Benefact Group, said: “As a company whose purpose is to contribute to the greater good of society, charitable giving is at the heart of what we do.

“Our Service of Thanksgiving at Westminster Abbey was a celebration of the incredible work that charities do every day in their communities. We are very proud of our achievement of donating £100million to good causes, which has helped to change thousands of lives for the better in the UK and abroad.”