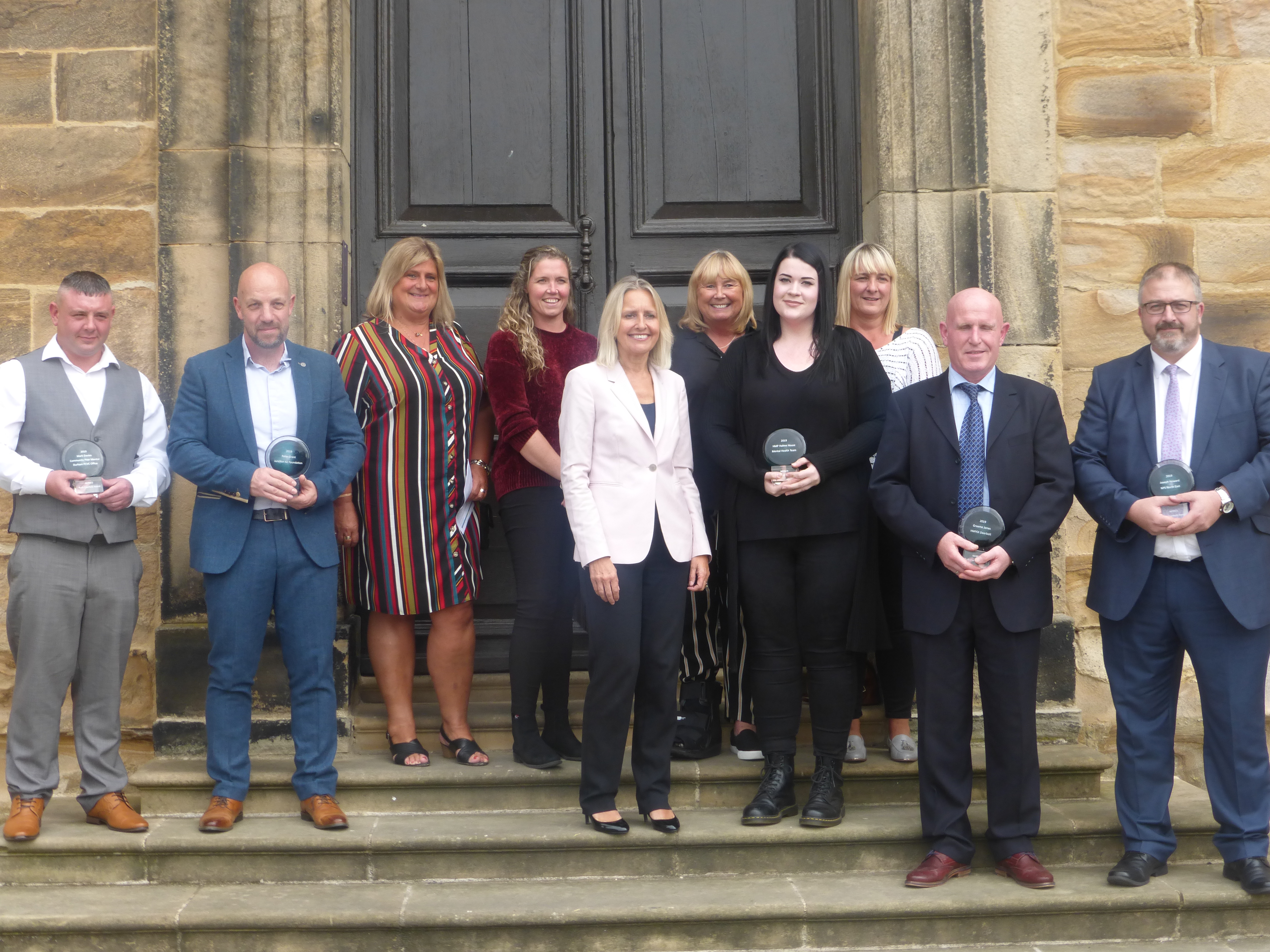 Professionals working with prisoners, ex-prisoners or those sentenced to community punishments in the North East have been presented with awards for their efforts to reduce re-offending by north east charity Nepacs.

The awards have been running since 2004 and in 2018 were renamed in honour of long standing Nepacs’ patron Ruth Cranfield who had the vision and energy to organise the beginnings of Nepacs in its present day form. Nepacs want to ensure their Awards reward, promote and celebrate that kind of commitment in others working in the difficult climate of today.

This year’s awards and certificates were presented by Dr Jo Farrar, chief executive of HM Prison and Probation Service (HMPPS) at an event on Wednesday 18 September 2019 at Lumley Castle in Chester-le-Street.

The awards celebrated projects that support prisoners planning for release and afterwards, working with agencies to help promote purposeful and communal activity and build self-belief, helping them to re-establish themselves outside prison, securing accommodation, work and positive family relationships.

The five main awards this year were presented to:

27 certificates of high commendation were also presented to the following individuals or teams who work within criminal justice across the north east:

Helen Attewell, chief executive of Nepacs, said:
“I am delighted that once again we have received nominations from a wide range of organisations, and our award ceremony will showcase and celebrate all the individuals and teams going above and beyond to make a difference to the lives of people involved in the criminal justice system who want to turn their lives around. All of our winners and recipients of certificates have gone the extra mile to help support a positive future for their clients and offer hope for the future.”

Further information on the Nepacs’ Ruth Cranfield awards and previous winners is HERE.