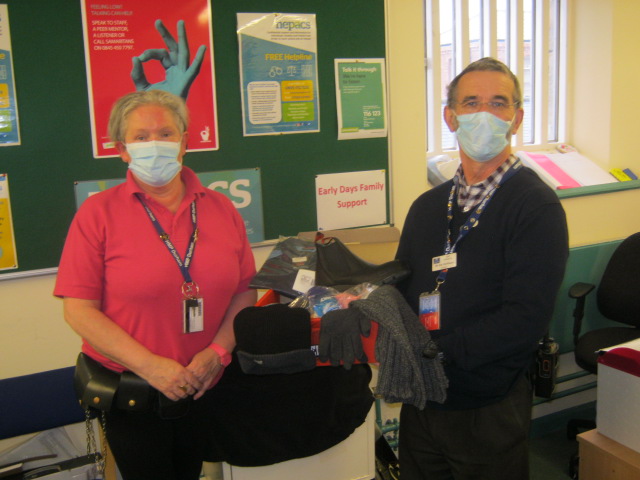 Our Nepacs family support team in HMP Durham have worked in conjunction with a member of the Chaplaincy team, Mr. James McMaster and the Prison reception team to create ‘release packs’ for prisoners that are not returning to their families and need that little bit of extra support when released.

Many of the items have been very kindly donated by Mr. James McMaster as he is well known for his charity work in the community supporting the homeless.

Rev. Canon Matthew Tetley, Managing Chaplain in HMP Durham said: "Jimmy actually has devoted many years to serve many of the most disaffected of our clientele both sides of the gate and this acknowledgement is justly deserved."

Nepacs early days family support worker, Tracy Hawthorn said: "Without the willingness of the prison, chaplaincy and Nepacs to participate in collaborative ways of working the men released from HMP Durham would not be able to benefit from the generous donations that go into making up these release packs, it really does make a difference."

The men being released are absolutely thrilled to be valued in such a manner and are very thankful for the gifts.